Your family and you
can enjoy peace of mind
24 hours a day,
7 days a week

Call us now and be safe tomorrow 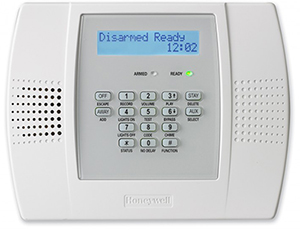 With its technology and reliability without compromising its architecture and all- in-one , the new LYNX Plus is easier to use than any other all-in -one system .

LYNX Plus includes a control panel, a keyboard , a siren , a communicator and a two-way voice communication system.

It transmits the complete information to your monitoring station.

The control system all- in-one LYNX Touch 5200 residential and commercial features a 4.7 inch touch screen with clear icons and intuitive operator guide for easy use.

The LYNX Touch 5200 includes all the features of the Lynx Plus and allows complete control of home automation devices , such as garage doors , door locks , lights and thermostats as well as to know the state. 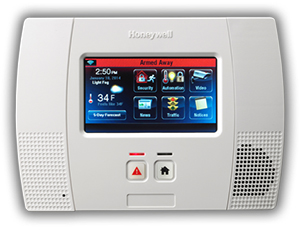 The control supports voice dialog between an operator at the central station and an individual at the premises. This feature allows the central station to listen, talk to or conduct a two-way conversation with an individual(s) at the premises and allows the operator to gather information about the nature and location of the alarm that may be helpful in responding to police or rescue departments.

LYNX Touch 5200 provides security dealers with the flexibility they need to service all of their customers, whether they rely on mobile phones or VoIP.

Honeywell’s LYNX Connect app provides consumers with the ability to use an iOS or Android™ device to view video and operate the system on premises.

The system supports video cameras and allows selection, control and viewing of video from a single camera. It requires a WiFi communications device and a router.

When an alarm occurs, the LYNX Touch internal sounder will sound for about 15-seconds, and the touch screen displays the zone(s) causing the alarm. After 15-seconds, the internal sounder stops temporarily and voice announcements of the zones in alarm begins. When these zones have been announced, the internal sounder sounds again and the cycle repeats itself, until the system is disarmed or until alarm bell timeout occurs. If your system is connected to a central monitoring station, an alarm message will be sent. To stop the alarm sounding, simply disarm the system. The zone(s) causing the alarm remain displayed indicating memory of alarm. 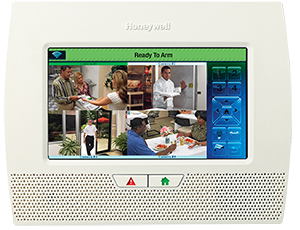 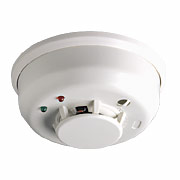 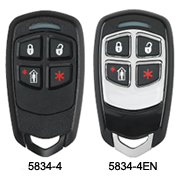 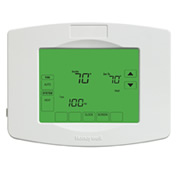 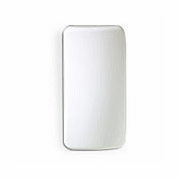 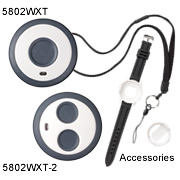 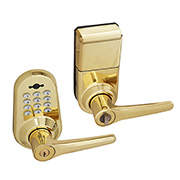 Call us now and be safe tomorrow